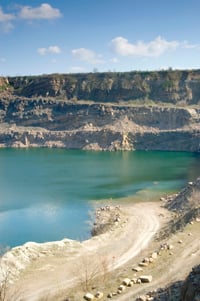 While it is still early, we are encouraged by the rapid response of local and national agencies and governments to fully understand the scope of the disaster and provide the necessary advisories and services to lessen the impact on local citizens. We certainly hope that any leaching of the heavy metals contained in the sediment is limited, and that local ecology and wildlife are spared from significant challenges.

Teledyne Leeman Labs ICP-OES and Mercury (Hg) instruments are designed to test water samples for these types of substances.  If you would like more information on these products and their applications please contact us

For more information about the disaster, visit any of the following online resources:

The City of Quesnel is posting regular information about drinking water safety in Quesnel on its webpage:
http://www.quesnel.ca/DocumentBank/News%20Releases/2014/14_08_05_MtPolleyMineIncident_Water.pdf

A collection of documents from government and partners surrounding the Mount Polley breach is available here: http://www.env.gov.bc.ca/eemp/incidents/2014/mount-polley.htm