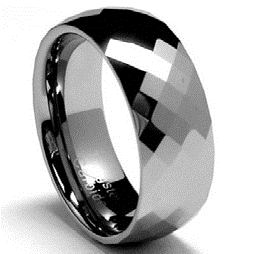 Tungsten Carbide (also called cemented carbide or simply carbide) is a metal composite created from tungsten carbide and a binder metal (usually cobalt or nickel) in powder form that is compacted and sintered in a furnace. Tungsten Carbide is used for tools, abrasives, jewelry, industrial drills, and armor-piercing ammunition due to its exceptional hardness (8.5-9.0, surpassed only by diamonds). Because the tungsten carbide particles are captured in a binder during the sintering process, the result is referred to as “cemented”.

Our Application Note:  AN1406 - Analysis of Trace Elements in Tungsten Carbide, Using a Barium Fluoride Carrier demonstrates the ability of the Teledyne Leeman Lab’s Prodigy DC Arc to determine trace elements in high-purity tungsten carbide.  A 50:4:1 blend of graphite, barium fluoride and germanium(IV) oxide was employed as a carrier. The use of a barium fluoride carrier achieves slightly improved detection limits over a sodium fluoride carrier. Tungsten metal was used for calibration instead of tungsten carbide as explained further in the note. Results demonstrated reproducible detection limits for the determination of trace elements in Tungsten Carbide.

Also refer to AN1078 - “Analysis of Trace Elements in Tungsten Carbide, Using a Sodium Fluoride Carrier, on a Prodigy DC Arc Spectrometer” that employs a different carrier than this application note.