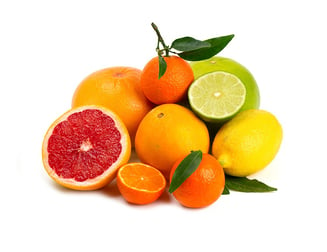 The compound is inexpensive to produce because of the large amounts of waste sulfur and limonene around the world. Limonene is currently used commercially for cleaning solvents, food flavoring, perfumes and cosmetics. Researchers indicate that there more than 70 million tons of waste sulfur that are produced by petroleum companies every year while the citrus industry annually produces 70,000 tons of limonene.

Dr. Justin Chalker, one of the researchers for this project stated in a recent interview on Engineering.com, “So not only is this new polymer good for solving the problem of mercury pollution, but it also has the added environmental bonus of putting this waste material to good use while converting them into a form that is much easier to store so that once the material is ‘full’ it can easily be removed and replaced,” said

Researches anticipate that the affordability of the polymer makes it “an appealing prospect for large-scale environmental cleanup of mercury contamination in soil and large bodies of water.” It also “shows promise for commercial applications such as coating domestic and waste water-carrying pipes or testing the mercury content of food products such as fish, many species of which are known to have high mercury contamination levels.”

In the Angewandte Chemie paper, the researchers wrote, “We envision using the polysulfide to remove inorganic mercury from water and soil at the site of contamination. Before the polysulfide can be deployed directly in natural waterways and ecosystems, however, an assessment of its toxicity must be completed.”

Mercury is a natural chemical element found in rock. Mercury becomes a problem in the environment once it is released from rock and either ends up in the air or water naturally or as a result of human activity.  When mercury combines with carbon, it becomes methylmercury, a highly toxic form that can accumulate in fish and shellfish.  People are commonly exposed to mercury by eating the contaminated fish. Mercury at high levels can cause damage to the brain, heart, kidney, lungs and immune system.

Chalker stated, “Mercury contamination plagues many areas of the world, affecting both food and water supplies and creating a serious need for an efficient and cost effective method to trap this mercury. Until now, there has been no such method, but the new sulfur-limonene polysulfide addresses this urgent need.”