About Mercury, its Toxicity, Levels in Fish, and a Suspected Link to ALS

What Is Mercury and Why is it Toxic?

Mercury is a metallic element with the symbol Hg and is the only liquid metal at room temperature. Mercury’s zero oxidation state (Hg0) exists as a liquid or vapor, its mercurous state (Hg+) forms inorganic salts, and its mercuric state (Hg+2) exists as either inorganic salts or organomercury compounds. With the exception of elemental liquid mercury, all forms of mercury are toxic, and some deadly.

Mercury exists naturally throughout the world, mostly as cinnabar ore (mercuric sulfide) which is known for its deep red pigment. Mercury also occurs as salts such as mercuric chloride, mercurous chloride and organomercuric salts. Some of these salt compounds were once used in medicine, such as Calomel and Mercurochrome, while others were always accepted as toxic. Methylmercury compounds are the most dangerous forms to human health, because they are easily absorbed in the body.1

Methylmercury compounds are created by microbes that live in aquatic environments and convert inorganic mercury salts into methylmercury. Consequently mercury levels in aquatic food chains are a health concern because they can harm the brain, heart, kidneys, lungs and immune system of people of all ages. Methylmercury is not readily eliminated from organisms because it disguises itself as an amino acid complex and bioaccumulates, increasing its quantity in an organism over time. Fish easily accumulate methylmercury, as larger fish consume great numbers of smaller fish containing methylmercury, and continue to increase mercury contamination exponentially. Generally speaking, the higher up the food chain a fish is, the higher the concentration of mercury.2

Humans, like fish, also bioaccumulate mercury. As mercury builds up in the human body, it can have a variety of harmful effects including damage to the central nervous system as well as the peripheral nervous system which controls nerve sensation and movement. Common symptoms of mercury toxicity include muscle weakness, poor coordination and numbness in hands and feet.3 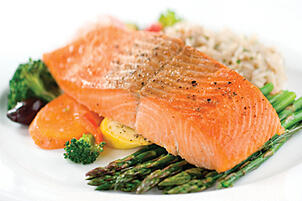 Consumption of fish containing mercury is the most significant route of mercury exposure for humans. For most members of the population, eating fish and shellfish contaminated with mercury is not a health concern. But certain groups are at a higher risk, including pregnant and nursing women, children, older adults and those who consume more fish than the average person. When fishing recreationally and saving the catch, check with the local health department for fish advisories. The Environmental Protection Agency (EPA) and the Food and Drug Administration (FDA) also provide guidance on those fish species that are safest to eat, and how much is safe to eat for “at risk” groups. It is important to note the FDA recommends pregnant women continue eating fish and shellfish, as they provide omega-3 fatty acids and other essential nutrients that support healthy brain development.4 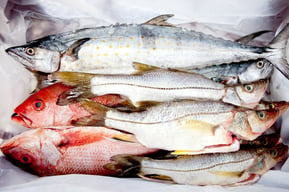 King mackerel, shark and swordfish are apex predators at the top of their food chains. This means they have a greater risk of containing high mercury levels through bioaccumulation. The FDA recommends “at risk” populations avoid eating these high mercury level fish completely.4

Albacore tuna, mahi mahi, grouper and halibut are low to moderate mercury level fish, but are not completely a safe choice, and should be eaten in moderation. It is only recommended to eat fish from this category once per week.. Other fish included in this group are carp, Chilean sea bass and snapper.4

Most fish fall in the low mercury level category. It is recommended for pregnant and nursing women to eat two to three servings of low mercury level fish each week. These include common fish and shellfish like salmon, cod, tilapia, shrimp, crab, lobster and canned light tuna.4

The similarity of symptoms between amyotrophic lateral sclerosis (ALS) (a neurogenerative disease also known as Lou Gehrig’s disease) and mercury toxicity have led some researchers to suspect a link between the two. The most notable of these symptoms is muscle weakness. The possible link between the two was explored in an Italian case study examining ALS and heavy metal intoxication.

After experiencing fatigue, muscle weakness and frequent falls, an 87-year-old woman was examined by doctors. Her symptoms were ongoing, worsening over time and muscle twitches were observed, leading to a suspected ALS diagnosis. This diagnosis was confirmed using electrical activity tests, but confirmation of gene mutations associated with ALS were negative. When the patient was asked about her living habits, it was discovered she had eaten swordfish daily for 10 years. Swordfish, being at the top of the food chain, is known to have high mercury concentrations and is listed as a fish not recommended for consumption by the FDA. 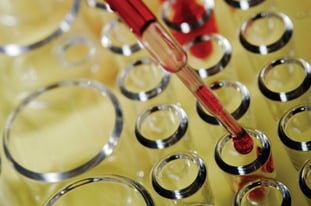 Based on this information, a blood test was conducted and results indicated the presence of mercury 13.5 times higher (135 micrograms per liter) than levels of an average person. Attempts to detoxify the patient were made using the careful application of chelants, but little improvement was observed after one month of treatment. Scientists believe that the combination of age, exposure and buildup of environmental toxins resulted in cellular damage that lead to ALS in the patient.5

Seafood May Be Linked to Higher Risk of ALS

A study presented at the 2017 American Academy of Neurology’s annual meeting by Dartmouth College ( Hanover, N.H.) scientists, detailed results possibly linking consumption of high mercury level fish and seafood with ALS. ALS is an incurable progressive neurological disease that destroys the ability of nerve cells’ to interact with muscles and eventually results in complete paralysis.

As stated earlier in this blog, mercury is a known neurotoxin to which human exposure typically occurs through fish contaminated by methylmercury. Links to ALS have often been suspected, but not fully substantiated. The preliminary study published by the American Academy of Neurology (AAN) surveyed 518 people, including 294 who had ALS and 224 who did not and asked them about their fish and seafood consumption. Results from the study suggest that mercury could be a risk factor for ALS, which still does not have a known cause.

The amount of annual mercury exposure for those participating in the survey was estimated using statistics for the average mercury levels of frequently consumed fish, in combination with data on how frequently fish and seafood was eaten. In addition to using statistical data to generate an estimate of mercury exposure, the scientists also used toenail samples to measure mercury levels in study participants.

The study recommends that consumers be selective about the fish and seafood they eat and choose “species that are known to have a lower mercury content, and avoid consuming fish caught in waters where mercury contamination is well-recognized.”, and concluded, “the data demonstrates that the risk of ALS is associated with fish and seafood consumption. Both estimated fish-related mercury intake and biomarker data suggest mercury exposure is a risk factor for ALS.”

Lastly, scientists involved in the study advise that additional research is needed before guidelines associating fish and seafood consumption with neurodegenerative diseases can be made.6

Our Expertise in Mercury Determination 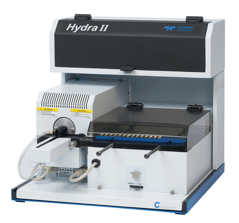 Teledyne Leeman Labs designs and manufactures mercury analyzers that are used to test mercury concentration in fish and seafood, as well as a variety of other sample matrices. Contact us for more information or visit our website at http://www.teledyneleemanlabs.com/products/mercury-analyzers