Nearly 1,050 women from 37 locations across 25 countries were the subjects of a recent report, M 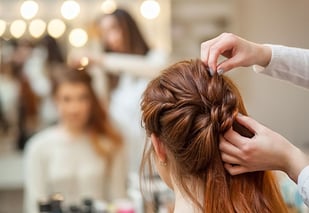 ercury in Women of Childbearing Age in 25 Countries, which measured mercury levels in their hair samples. The study found significantly elevated mercury concentrations in the hair of women in numerous regions of the world. The high levels of mercury were caused by three main sources of mercury pollution: coal- fired power plants (one of the main sources globally that contaminate oceans with mercury that accumulates in fish), artisanal small-scale gold mining (ASGM) and local contaminated sites from various industries releasing mercury to soil, water and air.

Mercury can be transferred from the mother’s body to her fetus, exposing the fetus to the dangerous neurotoxin. Mercury levels above 1ppm have been linked to brain damage, IQ loss and kidney and heart damage. According to the study, conducted by IPEN, a network of non-governmental organizations, fetal neurological damage is possible at mercury levels that are as low as 0.58 ppm.

The global study found that women in the Pacific Islands and in communities near gold mining sites in Indonesia, Kenya, and Myanmar were found to have average mercury levels many times higher than U.S. Environmental Protection Agency (EPA) health advisory levels. In the Pacific Islands, where fish is their primary food source, 85.7% of samples exceeded the 1ppm threshold and almost half of Kenyan women had mercury levels above the 1ppm. In Indonesia and Myanmar, 81 percent of women were above 1ppm with two Indonesian locations measuring between 3-9 times above the U.S. EPA threshold. Finally, one in five women in the communities of Nepal, Nigeria and Thailand had mercury levels over 1 ppm, much of coming from local land, waterways and food sources polluted by contaminated sites.

Other key findings include:

Lee Bell, the study’s principal investigator from IPEN said, “This study illustrates the unfolding global mercury pollution threat for the women and children of many Pacific Island nations and for most women engaged in small-scale gold mining. The very high mercury levels found in the hair of most of these women point to the urgent need for action to phase-out coal-fired power plants and the international trade of mercury supplying small-scale gold mining, the two most significant causes of mercury pollution.”

The data collected for this study clearly “indicates that there is a serious and substantial threat to women’s and children’s health from mercury exposure.” Scientist call for banning the import and export of mercury and introducing measure to eliminate domestic sources of mercury pollution.

Download the complete Executive Summary of the research at IPEN.org. The full report is available at http://ipen.org/mercury-and-women.

Mercury analyzers are an important element used in laboratories today.  There are a variety of applications where Mercury instruments are best suited.  For more information on these analyzers and how they can help with your mercury analysis needs, please contact us or visit our website.