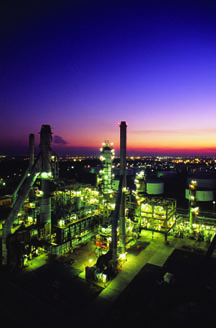 In 2012, the Environmental Protection Agency adopted new emissions standards that were directed at cutting power plant emisions of mercury and other toxic air pollutants. On June 29, 2015, the U.S. Supreme Court rejected the rules with a vote of 5-4 citing the costs of the regulations to power plant operators. The EPA estimated the rules would force companies to spend $9.6 billion a year on compliance while saving Americans between $37 billion and $90 billion a year from premature death and reduced health complications. The decision reverses a D.C. Circuit Court of Appeals decision that called mercury emissions a “threat to the public and the environment.”

In the United States, there are roughly 600 power plants that would be impacted by the EPA mercury emissions rules, and many of them had already upgraded their facilities to comply with the EPA, which included installing high-tech scrubbers to remove the pollutants. Other power plants, citing the costs, decided to stop coal-fired power to save the costs of installing the required equipment. According to The Wall Street Journal, companies that “mothballed older coal-fired power plants” now have “the flexibilty to bring them back online.”[i]

The EPA considers coal as the most polluting electricity source, and many utilities have started to move away from coal, adopting natural gas.

“Mercury is found in many rocks including coal. When coal is burned, mercury is released into the environment. Coal-burning power plants are the largest human-caused source of mercury emissions to the air in the United States, accounting for over 50 percent of all domestic human-caused mercury emissions (Source: 2005 National Emissions Inventory). EPA has estimated that about one quarter of U.S. emissions from coal-burning power plants are deposited within the contiguous U.S. and the remainder enters the global cycle.”[ii]

The mercury released into the air settles in water and land, where it mixes with microorganisms to make methylmercury. This toxic element then builds up in fish and other animals, which if consumed by humans can have significant health issues on the brain, heart, kidnes, lungs and immune systems.

The government has attempted to create mercury regulations for more than two decades, but litigation and legislative battles have delayed further action. The Supreme Court decision sends the case back to the lower courts for a decision, giving the EPA an opportunity to rework the mercury emission rules.

Teledyne Leeman Labs offers a family of fully automated mercury analyzers that address the analysis of solids, semi-solids and liquids.