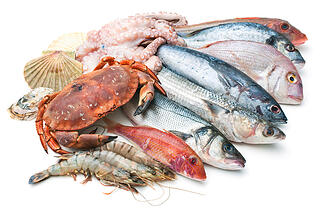 The author of the study, Dr. Emily Somers, suggested in an article on Health.com that scientists do not have a good understanding why people develop these diseases, which include multiple sclerosis, lupus, and rheumatoid arthritis, among others. The American Autoimmune Related Disease Association estimates that 50 million people in the United States live with an autoimmune disease, more than 75% of which are women.

Somers said in the article, “A large number of cases are not explained by genetics, so we believe studying environmental factors will help us understand why autoimmunity happens and how we may be able to intervene to improve health outcomes. In our study, exposure to mercury stood out as the main risk factor for autoimmunity.”[i]

The research identified swordfish, king mackerel and tile file as among the species with high amounts of mercury, while lower levels of mercury are found in shrimp, canned tuna and salmon.

The U.S. Food and Drug Administration and the Environmental Protection Agency have previously stated that pregnant women could safely consume up to 12 ounces of seafood a week. Somers however noted that the mercury-immune disorder connection raises concerns for women during their childbearing years.

The Health.com article stated: “the higher the exposure to mercury, the higher the rate of proteins called ‘autoantibodies.’ Such proteins are generated when a faulty immune system can no longer distinguish healthy cells from harmful ones, and their presence is considered an indicator and/or precursor of autoimmune disease.”[ii]

Ironically, in the January 2015 issue of Medical News Today, there was a study that suggested the nutritional benefits of eating fish during pregnancy “outweigh the risks associated with mercury exposure.”[iv]