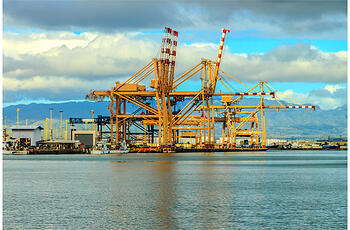 The model predictions referenced in Drevnick’s statement referred to assessments of atmospheric mercury release caused by industries that use smelting and burn coal for power. Comparing the assessments with the data collected from yellowfin tuna caught near Hawaii during the past 50 years, indicated that “mercury concentrations have been rising since the industrial revolution, and have yet to plateau.”[1]

In September 2014, 120 countries pledged to take steps to fight mercury pollution. The countries signed the treaty through the United Nations Environmental Program launched in 2013 under “The Minamata Convention on Mercury.” The convention was created to get nations to work together to prevent industrial mercury emissions and prevent events such as what occurred in Minamata in 1956, where a factory discharged large amounts of methylmercury-contaminated wastewater into the sea resulting in 56 cases of mercury poisoning in that year.

Under the Convention, these countries agreed “to protect human health and the adverse effects of mercury”[2] by banning new mercury mines, phasing out existing mines, and added controls for air emissions, among other commitments. The recent study suggests that mercury in the atmosphere continues to be a problem

The L.A. Times reported, “Mercury in the atmosphere has risen by a factor of three during industrial times, according to several studies. At the same time, levels have crept up in several ocean basins. But tying the two together is not easy, because of complicated chemical and biological processes that change the form of mercury.

“A study in 2013, however, used a kind of isotope ‘fingerprinting’ to determine that a substantial portion of the methyl mercury in nine species of fish from the deep northern Pacific Ocean came from elemental mercury in the atmosphere, downwind from a rapidly industrializing eastern Asia.”[3]