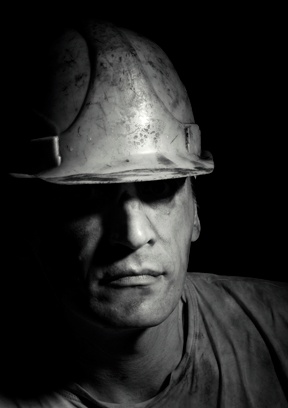 “These guys, they splash it around. The walls are contaminated, the floor, the miner. Essentially every square inch of the place is covered in mercury.”

Inside the workshops, the workers are burning off the mercury to release the gold from the amalgam. The process releases a toxic gas, but workers are not taking any precautions to protect themselves.

“Nichols says he found one exhaust vent spewing toxins between a school and a restaurant in Portovelo, Ecuador.”

The workers, covered in mercury, then carry the poison home, exposing their families and contaminating everything that they touch along the way.

The National Resource Defense Council in Washington D.C. estimates that nearly 1,400 tons of mercury is used by miners every year, and that the largest source of mercury pollution is these small-scale mining operations.

Exposure to mercury can create neurological problems, and is especially toxic to children. It has shown to lower IQs, “cause people to lose control of their extremities,” and “cause genetic defects that can be passed onto future generations.”

Experts think fixing the problem will be difficult because mining can be the only source of income for an estimated 15 million people worldwide, including women and children. Gold prices are still high, providing “a big opportunity for the poor.”

Teledyne Leeman Labs instruments are used for the analysis of Mercury.  Contact us for more information on these instruments.