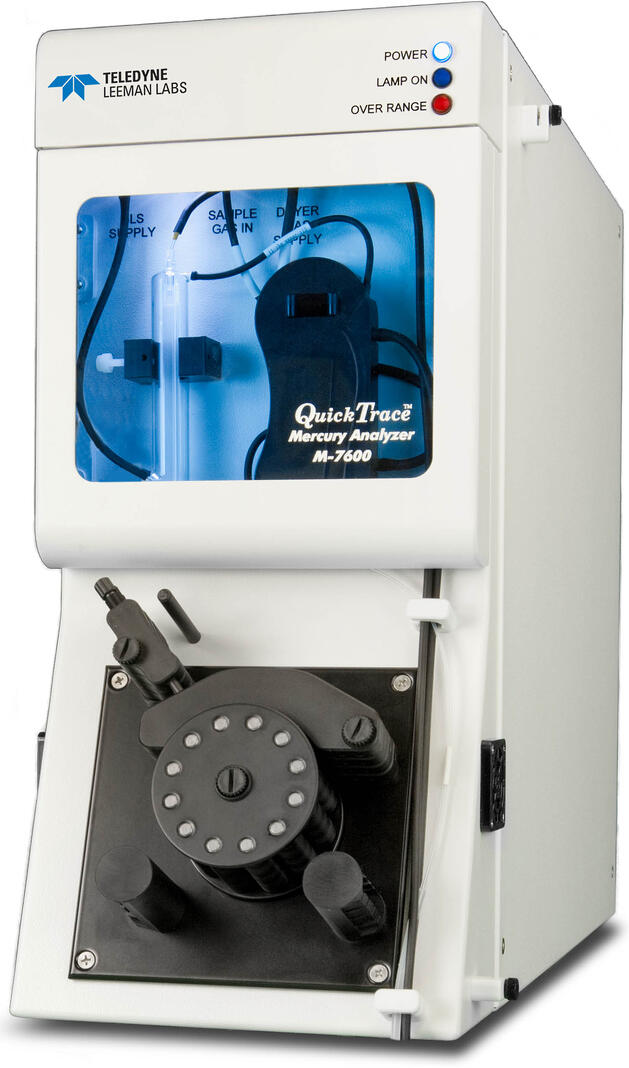 Today’s CVAAS systems are more sensitive, automated, smaller, faster and less expensive than the early generic flame spectrometers with the cold vapor attachments. Modern models provide trace to ultra-trace detection limits of ng/L and can analyze samples in a minute. The systems also do not require a lot of operator interaction or bench space.

Most CVAAS instruments have a peristaltic pump that transports sample and stannous chloride into a Gas Liquid Separator (GLS) where a stream of pure, dry gas (typically argon) is introduced to the liquid mixture to release mercury vapor. Gas carries the mercury in the vapor phase through a dryer and into an atomic absorption optical cell. Once in the absorption cell, the elemental mercury will absorb light at 253.7 nm in logarithmic proportion to its actual concentration in the sample. Using this principle the detector, in combination with the software, is able to determine the quantity of mercury present in the sample.

CVAAS can use several commercially available approaches to convey the reduced mercury in solution to the gas stream and then onward to the spectrometer, including: